A few months back I was flying to New York and posted an Instagram Story of our descent set to the Jay Leo Phillips song "You Might Not Like What You See When You Get There." It worked quite well in my opinion and sparked the idea to try fleshing out some footage set to the song.

Cut to a few months later (aka today) and now there's an official video for the track set to various bits and bobs of video that I've captured over the years. It's not really a narrative piece but the track is instrumental and I think the two pair together well. At the very least, I'm happy with it and Jay seems to be, too.

The EP from which the song comes is called DAYS and you can get it on Bandcamp or streaming. If you're into Tortoise, The Sea and Cake or some of the instrumental Jim O'Rourke stuff, I believe you'll dig it.

Jeff Goldblum Reviews Impressions of Himself John Wilson on Filming 'How To' Spontaneously

pretty surprising to read how this show is made. very much not what I expected. nice DIY record from a Berlin artist that caught my ear, good and noisey. Read the About and start with Radio Strip. CYCLES - A film by Jason Goldwatch & The Alchemist

An absolute trip. I can’t even begin to imagine how this was sourced and edited. Unreal! Via @falfa All the debates, finally settled. Via @waxy Obviously the research doc making the rounds is being simplified to Smoke Weed to Prevent COVID; which is not what the paper discovered. This interview goes into much more detail and it’s a fascinating read.

Don’t need this thing but I love the design

honestly forgot this existed but its a nice reminder to revisit the whole album.

look, Dave Grohl is an absolute cornball but this is actually pretty fun to hear

Could listen and look his work all day long 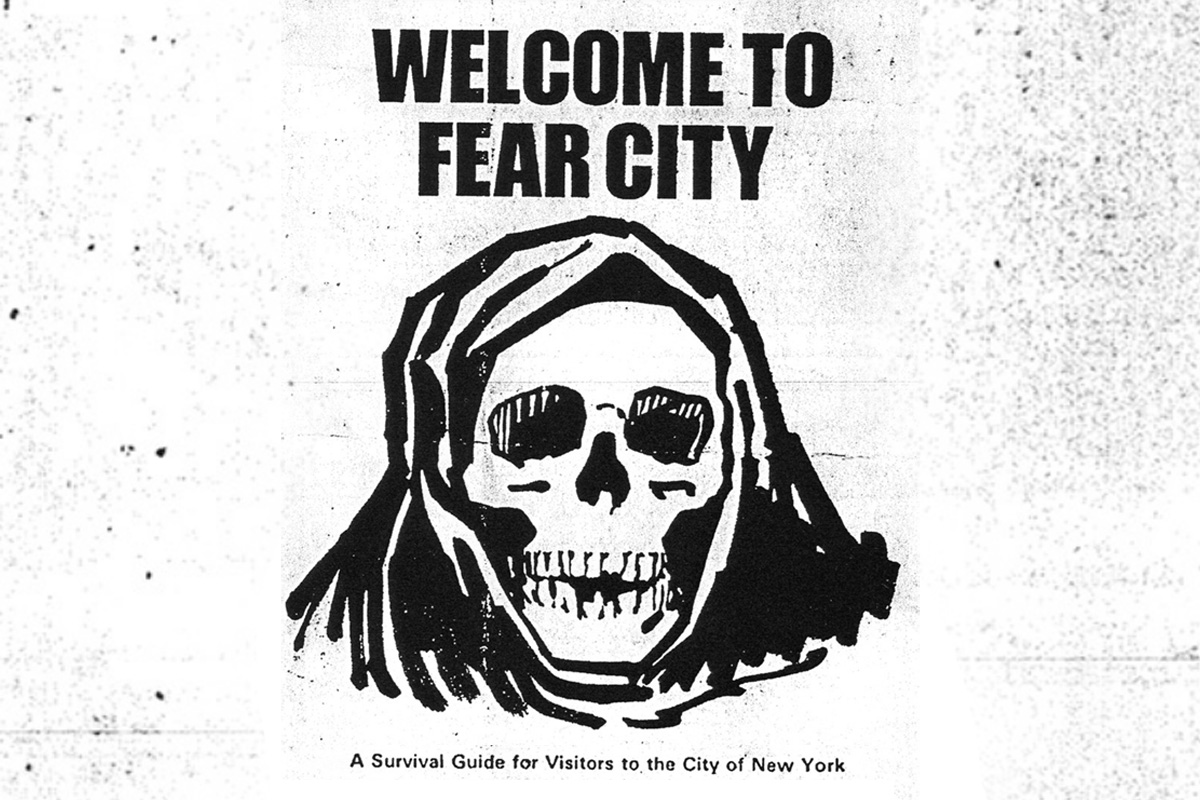 I can't quite recall how I stumbled upon it but Research and Destroy New York City is a repository of publications, zines, posters and other ephemera stemming from various critiques of the NYPD.. of which their are many.

The Welcome to Fear City publication is a particularly unique entry in this forum.. here's the rundown:

...produced and distributed by the Council for Public Safety, a front group for NYPD police unions, during a contract dispute with the city. While intended to be semi-satirical, it serves as a cop's-eye view of urban space as a cesspool of crime and of a fragile society held together by sheer force of policing alone.

Plenty more intriguing publications on the site; many of which are infuriating or depressing just because of the sheer enormity of how corrupt those systems are but, hey, worth a read! European Airlines Are Operating 18,000 Empty Flights Because of a Dumb Rule

can never decide if stuff like this is more depressing or more infuriating. It's definitely both but which wins out? Whatever it is, it's most certainly idiotic. Will Sharpe and Olivia Colman on the Art of Winging It

the director and star of Landscapers have a rather pleasant chat

it's Every Frame a Painting but now as a Netflix series. Literally, Tony Zhou doing the same thing he was doing on YouTube but now for Netflix it. Love to see it. Available now. 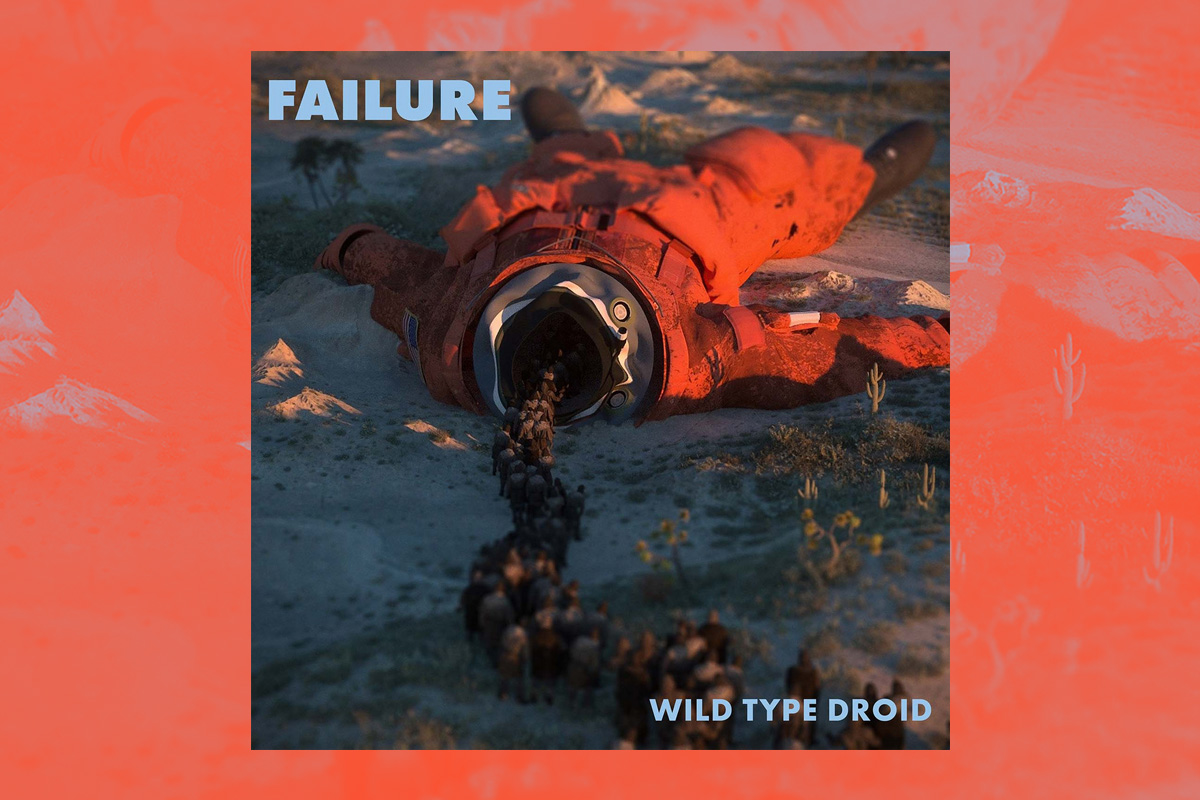 The Benefit of Context

I've been a fan of the band Failure for a solid 20 years. Their 1996 album Fantastic Planet was a large influence on my formative years of music indulgence. The band broke up, various side projects formed and then, eventually, they re-formed in 2013. They released a new EP and a new album over the ensuing years.. neither of which did too much for me. However, I saw them live on their reunion tour and it was quite satisfying in every respect; particularly since I'd never seen them in their original incarnation.

Enter December 2021, and the band released another full-length entitled Wild Type Droid. For me, it was more satisfying than the previous releases and I wondered if they just got their groove back or were doing things differently this go around. As luck would have it, the Performance Anxiety podcast released a massive episode with co-songwriter and vocalist Ken Andrews that runs through the band's entire history, all of his solo projects and insight into how the band approached the new album. Turns out, the new record was captured in sort of an amalgamation of old and new techniques. The band would play together for hours on end simply improvising parts that felt interesting and then parse those recordings into more condensed songs, re-recording and re-working some parts but often just digitally editing their jams to maintain the energy of their performances. Going even further with it, I stumbled across this Vinyl Guide podcast interview with Greg Edwards, the other songwriter / vocalist of the group and, in my personal opinion, the secret sauce of the band (no offense to the others).

It's an insightful interview as well that largely confirms the insights from the Andrews interview but gives even more context to how the parts are formed and the collaborations occur between all of the members.

Sometimes learning about the inner workings of a band can be less than delightful but I found both of these to be quite intriguing. It also gives me a different appreciation for the record knowing how it all came together. I don't necessarily think it has the same appeal to me as Fantastic Planet but I also recognize that an album you love in your early 20's is never going to be taken from its pedestal. a very good friend had an apartment fire recently. she'd likely loathe this kind of outreach but if you are able to help her out, it'd be much appreciated.

2022 goal; have a better repository of typefaces at my disposal. some possible fun ones here. have become a big fan of her paintings over the last year. Follow @wendywalkersilverman_art on IG. 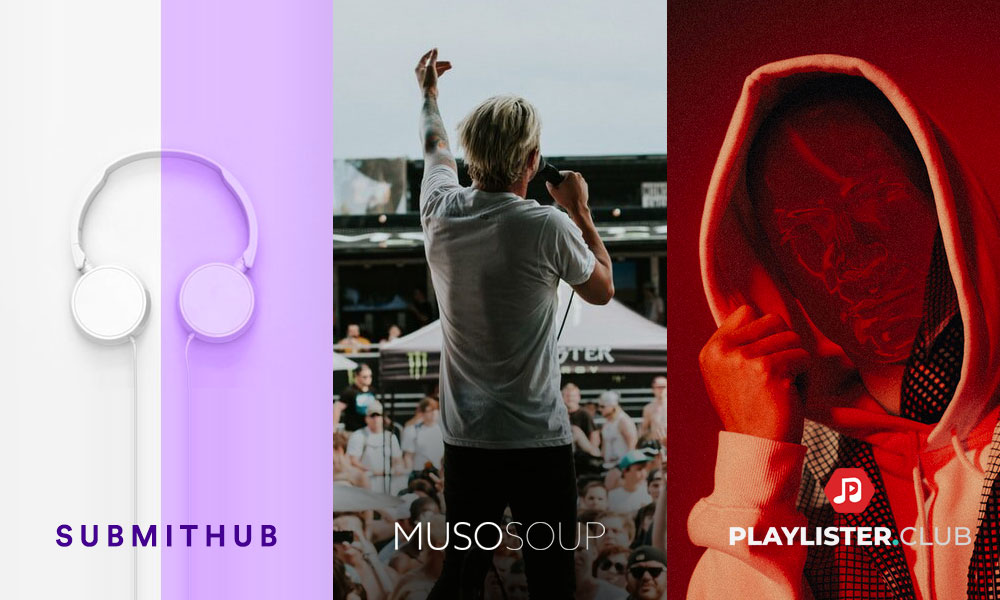 Speaking of yk Records, I tried a few different ways to spread the word about the label's releases this year. To be perfectly honest, getting together the music, the artwork, the distribution, the physical version of a release (should it exist) and a gameplan for releasing it is actually not that hard. Getting anyone to actually pay attention to it is nearly impossible.

Over time the label has established some dedicated fans and different artists have their own circle of fans that help with exposure but you really want a release to reach a wide, new, audience. I'm not saying the goal is exponential growth but you gotta reach new ears if you wanna keep an endeavor like this going. So, here's a few things I tried. At the end of the day, I really haven't found any service to connect with people that simply want to write about interesting music. I don't think it's something that a meaningful connection can come from a service like that but maybe I'm wrong.

In the meantime, I'll continue to thank the Nashville Scene for all the coverage the provide and reach out to the likes of Small Albums, Dead Good Blog and their ilk to see if they like what I've got to offer. :fingerscrossed:

Over at yk Records we put out fourteen releases and sixteen videos in 2021. Not too shabby! There's a whole blog rundown of each release and I suggest if you haven't given all of these a listen, take the time to do so! I'm obviously biased but they're all great.

For convenience's sake, here's a Spotify playlist of all the yk Records releases and a Youtube playlist of all the music videos. Put them on, shuffle them up and enjoy. I've been running yk for almost 13 years now. Some years were more active than others but it's a body of releases that I'm proud of. It's looking very likely that we'll hit our 100th release in 2022 and I'm hoping to make it an exciting one. Stay tuned!