The Contingency of Listening: The MoFi Kerfuffle

Great read on the whole analog vs digital mastering scenario. Having actual context and knowledge of the processes involved is crucial to understanding why so many of the complaints about digital are absurd.

Is this largely over my head? Yes. Is it still fascinating? Absolutely.

You may not be able to read the instructions in French but you’ll get it. Incredibly impressive webgl game. Stunning this is all in browser!

The other day I caught this tweet pointing towards this playlist, supposedly "The entire MTV 120 Minutes catalog featuring over 2,500 videos." I have some thoughts.

First of all, I loved 120 Minutes. The MTV show ran from 1986 to 2000 and re-incarnated from 2001 to 2003 on MTV2. There are alternate permutations like 120 Minutes UK, slightly different competing versions like VH1's The Alternative and the current day version - also called 120 Minutes - that is just blocks of videos with no hosts. All that to say, there's sort of a complicated history behind all of it. I've always looked to 120minutes.org as the source of truth for what episodes aired on what dates and what specific videos were played within. It's not everything but it's better than anything else out there.

This is where I get baffled. This new playlist has 2,500 videos but they certainly aren't following the order that they aired! The first track in the playlist is "Seattle" from Public Image Limited, which 120 Minutes didn't first play until September 87, over a year after the show even started.

I'm happy that YouTube playlist exists but I think I've just discovered that I'm a 120 Minutes purist. I want these songs in the order they were sequenced in, not just one giant list. Furthermore, you really can't call it 120 Minutes without the hosts, interviews, live performances and Top 10 college radio countdowns.

If any of this speaks to you and doesn't just sound like a lunatic nerd caring entirely too much about an MTV show, I suggest you pick up a hobby I've been partaking in... scouring archive.org for VHS dubs of episodes and building my own local library for playback. Isolate vocals, drums, bass, and other instrumental stems from any song. A scandal in the audio community

highly respected re-issue outfit "caught" using digital when they claimed not to.

After I made a mix for Green Ray Books, I thought it might be an interesting undertaking to try and make more mixes comprised entirely of yk Records releases. Having released music since 2009, surely there's enough to go around for a variety of different mixes.

The first of those mixes is Higher Voices, 25-tracks across ~90minutes led entirely by womxn artists from the yk catalog. I put together a little visualizer for the YouTube version but you can also listen on Spotify or YouTube Music if that's your preference.

Obviously I'm biased but it's a fun mix - lots of different styles and genres to enjoy. For more from each artist, just dive into the yk Records site.

9M views but entirely new to me and *loving it*

'The Wizard Of Oz' Revisited: How The 1939 Masterpiece Became A Cinematic Classic For The Ages

Context is always key. I find this quite fascinating.

if Friday Videos were still a thing around here, this would be at the top of the list “The Act of Coming Out” and the Art of Caspar Newbolt

Wonderful work by Caspar and a delightfully insightful interview along with it. Always in awe of his work. Toad in the Hole

they just make everything, huh?

honestly can not stop listening to this. Every problem is the trolley problem. 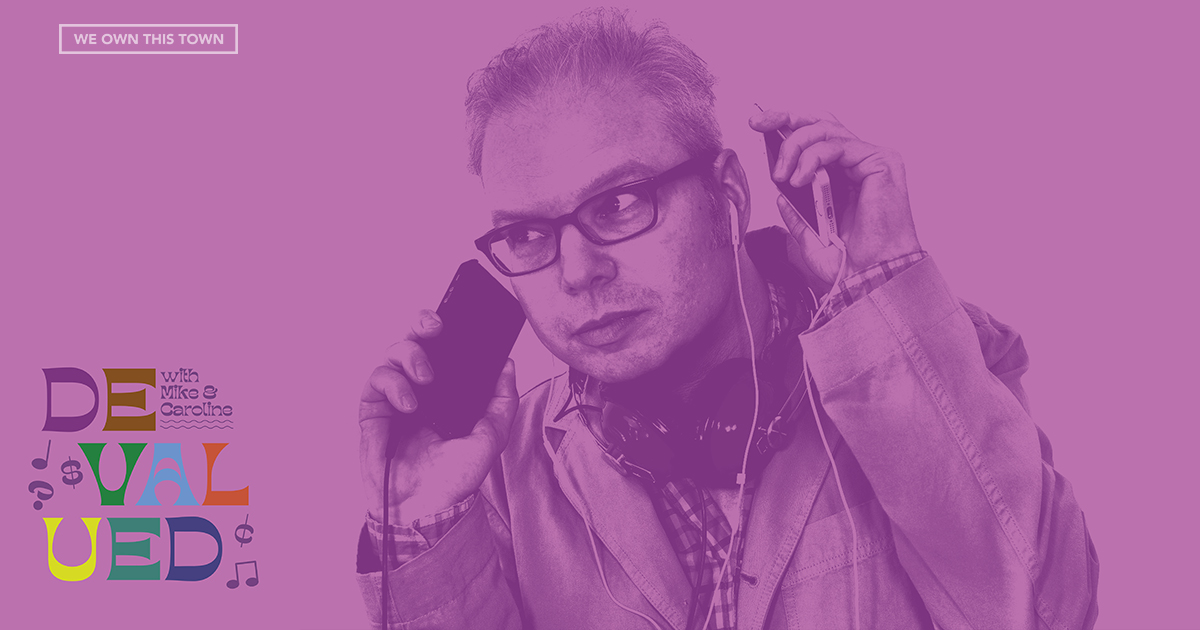 Is Music Free? A Discussion With Damon Krukowski

I recently pointed out a new show called Devalued that launched on the We Own This Town network and I'm stoked to announce the first episode is out now and it's a doozy! Damon Krukowski has been making music for decades in the form of Galaxie 500, Magic Hour and Damon & Naomi. His experience with major labels, indie labels, streaming services, the media and all things music industry is invaluable. He regularly writes about all these topics in his newsletter Dada Drummer Almanach (which I highly suggest subscribing to).

He sat down with the Devalued hosts to talk about all those things and his involvement with the Union of Musicians & Allied Workers that pushes to create a more level playing field for artists and workers. Spoiler alert but creating that level playing field really is a political issue and it's one that we can all be involved in to help achieve.

It's a fantastic chat that is applicable well beyond just people involved in the music industry. Do give it a listen and subscribe to the show! described to me as part Pinback, part Self - a helluva intriguing mixture. A clever use of ligatures to automatically censor swearing. This weekend I learned how real this event actually is. 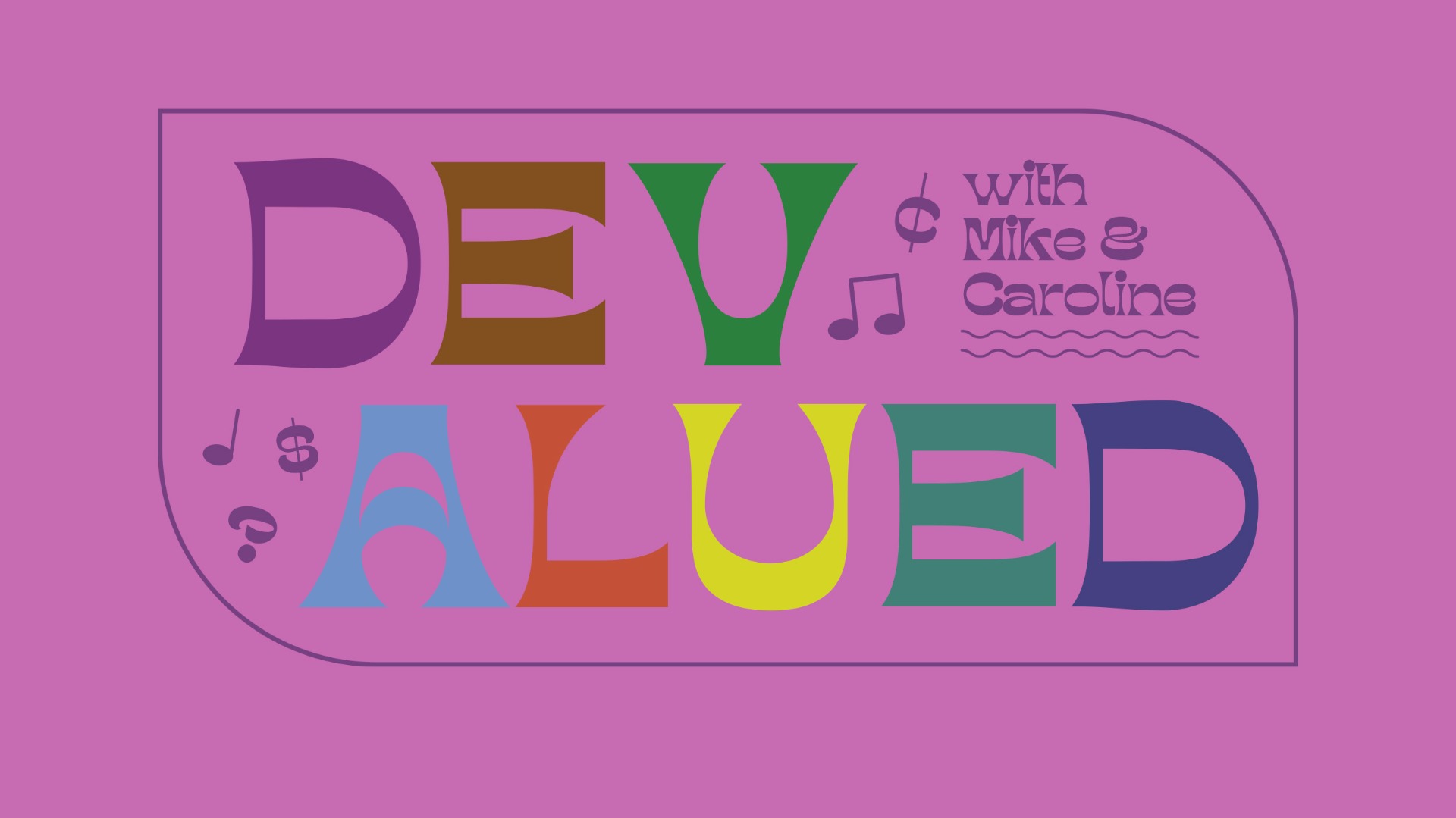 Announced a new podcast on the We Own This Town network today. Devalued with Mike & Caroline is a new series that will tackle the hard questions around the collision of art and commerce. The teaser, embedded above, gives a nice overview of the topics that they're looking to explore.

Below is a note from the titular hosts - Mike and Caroline but I suggest you just go ahead and subscribe; the first episode is a real doozy. Get it on Apple Podcasts, Spotify, Google Play, Amazon Music, Stitcher, Overcast or anywhere you listen.


Welcome to Devalued with Mike and Caroline; the place where we talk about art and money and how creative people are navigating the ever changing landscape to make a living for their work.

We started this podcast because as two creative people, we wanted to have the conversation in public that every creative person is having in private: How do I make it? What is ‘making it?’ Why bother creating anything at all? What is my work worth? Should I let the rest of the world define the value of my work?

This series is all about exploring these questions. Our intention is to give you a Roadmap, a Guide, and some encouragement to continue to live a creative life through open-hearted conversation with incredible people.

We hope that you’ll get something out of it. We’re excited to have you join us along this journey. Welcome to Devalued. Daring Fireball: How to Temporarily Disable Face ID or Touch ID, and Require a Passcode to Unlock Your iPhone or iPad

Don’t just memorize it, internalize it.